Show the world it’s cool to care. Learn the We Day dance and join thousands of people across North America who feel the passion and energy of the movement.

It’s easy, it’s edgy and it’s a perfect way to channel your world-changing energy. Share your best moves at We Day, or use the dance at your fundraising and awareness events.

From flash mobs to group performances, the We Day dance is a perfect way to generate interest in your cause in a fun, unexpected way.

Be a part of the movement. Learn the We Day dance…http://www.weday.com/event/dance

A eye-opening reflection on how we view children and how we teach children in our current education system…we could learn a lot from Animals!

This looks like an excellent workshop! Should be of value for any teacher.

Truth and Reconciliation Commission of Canada

Attending Indian Residential Schools was mandatory for many Aboriginals and over 150,000 Aboriginal children were separated from their families and communities because of Canada’s policies. Canada and various churches operated Residential Schools across the country for over a century. Approximately 80,000 former students survive today.

If you are a survivor you may be entitled to compensation. 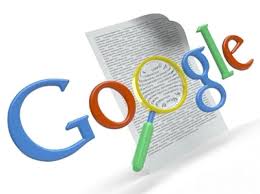 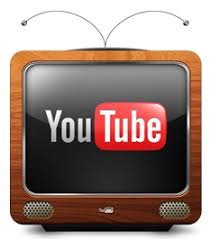 Statement of Apology: Steven Harper made June 11, 2008 in the Canadian House of Commons

Where Are The Children?

Where Are The Children?: Projector < Must Watch

Lorax~ Excellent Environmental Story for Kids or use in classroom

A 12-year-old boy searches for the one thing that will enable him to win the affection of the girl of his dreams. To find it he must discover the story of the Lorax, the grumpy yet charming creature who fights to protect his world.

…Universal’s 3D feature film adaption of Dr. Seuss’ The Lorax is actually the second time the beloved writer’s story has been brought to the screen – the first time being an animated short that premiered on TV back in 1972. In that 40-year span between Lorax adaptations, the issue of environmental preservation has continued to rage, and so the tale is (unfortunately) as relevant today as it was decades ago.

But is a 3D movie rife with musical numbers, slapstick comedy and a “hip” modern edge really the best delivery system for a message to kids about environmental responsibility? Or is the presentation of the message at odds with the message itself?…Click here to continue reading the Review…

The second Gathering Today For Our Aboriginal Children’s Future, held on November 30th 2010, provided another opportunity for Chairs of Delegated First Nation Agencies (DFNA), Representatives of First Nations served by Child and Family Services Authorities (CFSA), and Co-Chairs of CFSAs to come together as a governance group to discuss issues concerning Aboriginal children and youth in care, and their families.

The Honourable Yvonne Fritz, Minister of Children and Youth Services, hosted the November 30th 2010 governance meeting. The purpose of this meeting was to report on progress made on each of the Next Steps indicated in the Report of the inaugural meeting, and to provide another opportunity for the governors to strengthen the relationship between DFNAs and CFSAs.

One of the items committed to at the inaugural gathering was the development of a tripartite Memorandum of Understanding (MOU) between the Provincial Government, Alberta First Nations and the Federal Government. The Deputy Minister, Steve MacDonald, reported that there have been several meetings with DFNA and CFSA technicians, and Representatives from Treaty 6, 7 and 8 Treaty Organizations to identify the steps to be taken, the best way to proceed, and the issues to be addressed. The Deputy Minister hoped that a business case and an invitation to Indian and Northern Affairs Canada (INAC) to be at the table would be ready for review and approval before Christmas. He also pointed out that there is a strong interest in having the MOU drafted before the end of this fiscal year, that is, by March 31st 2011….click to read more